Different vegetables and fruits grow in different ways, they absorb different kinds of nutrients and chemicals based on what they need to grow. Some are even more susceptible to contaminants and chemicals due to their nature. This is why organic produce is preferred by most health conscious people, a return to the time when no synthetic fertilizer is used.

Since a vast majority of people specially in the US and Europe shift to organic produce, to a point that in 2014 the US the organic industry’s annual dollar gain was valued at 35.77 Billion dollars [10] and in Europe the organic market grew by 7.4% and the retail sales are valued at 24 Billion Euros [1]. And by simply looking at these numbers we can clearly state that the trend for organic produce is really picking up.

Due to the price difference between commercial and organic food, some people still prefer to buy the cheaper commercial crops.

Though we can say that buying the commercial crops would be reasonable, recent studies say that there are certain fruits and vegetables that we must always buy organic. Here are five of them. 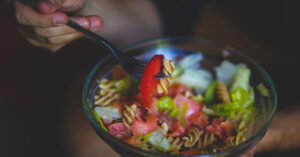 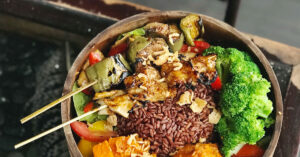 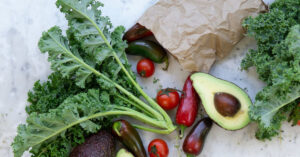 The Truth Behind Organic vs. Conventional Food: Infographic

We only use real ingredients from vegetable and plant-based materials, while providing full traceability. All our products are made and are sustainably sourced in Asia to ensure authentically Asian flavors.

Make the big switch from conventional to organic and encourage others to choose healthy products.

BETTER FOR YOUR HEALTH. BETTER FOR THE ENVIRONMENT.